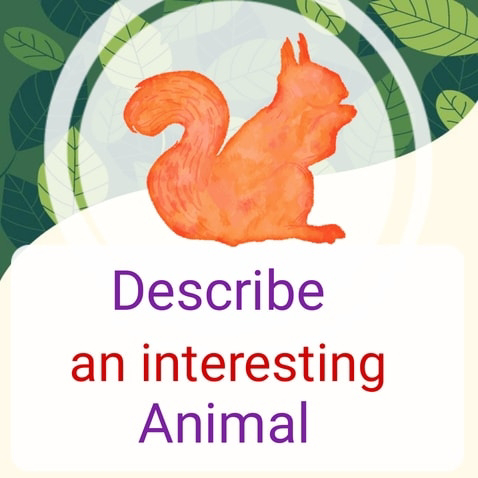 Well, India is well-known for its diverse wildlife. There are myriad of zoos and wildlife sanctuaries where one can see and explore different varieties of animals. I love animals because they are beautiful creatures of nature. Here I would like to talk about a fascinating animal which I love.

The name of this animal is the Angora rabbit, which is also known as the Mini loop.  There are many reasons why I love this creature. Firstly, this rabbit is adorable and can attract anyone with his beautiful fur. I saw this rabbit last month when I visited Chandigarh. My paternal uncle has been nurturing this rabbit from the previous 6 months.

My uncle told me that he had purchased it from a rabbit farm. This breed of rabbits is mainly bred for their silky and fresh fiber and is obtained every four ar five months throughout the year. These cute species are prevalent for wool business and give us a particular type of wool.

This breed of rabbit is very susceptible and need a lot of attention. Their hairs grow about 3 centimeters every month and require regular grooming.

Moreover, Turkey is the origin of these rabbits, and their name is based upon their roots. There are about 11 different breeds of angora rabbits and can be found in different parts of the world.

So, Overall that was a cute and engaging animal that I adore and want as a pet one day.

There are near about 8.7M species in the world. 2M of them are animals. I have seen many animals on National Geographic channels as well as in different movies. Here I would like to talk about an animal which I saw for the first time and seemed interesting to me. That animal is Platypus. Last month my maternal uncle went to Australia with his family. He shared many of their pictures with us wh, ich they clicked there. There was one picture that captured an animal. It had a bill and webbed feet like a duck, tail like a beaver and body like an otter, which seemed really strange to me.
When I asked my uncle about that animal, he told me it was a Platypus. It was the first time when I saw a Platypus. I became curious to know more about that animal. My uncle told me that Platypus is the only mammal that LAY eggs instead of giving birth to young ones. In addition to this, the eyes of Platypus contain double cones, which most mammals do not have.
Moreover, the male Platypus is VENOMOUS.
Although powerful enough to kill smaller animals such as dogs, the venom is not LETHAL to humans, but the pain is so EXCRUCIATING that the victim may be INCAPACITATED. I really wanted to see the Platypus in my real life, but Platypus lives in only one small area of the world.
My uncle visited eastern COAST of Australia, where he was able to capture a Platypus by a STROKE OF LUCK. INDEED, that was the strangest but exciting animal I had ever seen in my life.

People like to keep pets for numerous objectives. Pets like dogs are best for security. Moreover, people keep cats, dogs, and birds for recreation and curb loneliness.

2. What should we do to protect endangered animals?

First of all, hunting and poaching of these animals ought to be prohibited. Moreover, state authorities should make wildlife sanctuaries to protect endangered species and count them from time to time.

Do you support doing experiments on animals?
No, I totally contradict this and believe that animals are innocent creatures, and experiments on them must be forbidden. The government should implement strict regulations against it.

4. Why do some people refuse to eat animals?
Several people are vegetarians and do not like eating animals because their religion does not allow them. Some people have some allergies, and some do not like the killing of animals for eating purposes.

5. What would happen when some species disappear on earth?

It would unsettle the ecological chain and would adversely affect us directly or indirectly. We would also lose out on the variety of nature.

IELTS speaking topics: Describe an article on health that you read